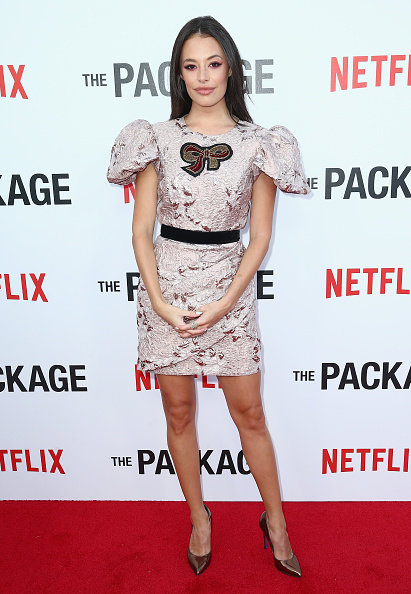 If you followed Chloe Bridges in the last couple of years, you've already noticed that she's an American TV darling, who starred in a lot of popular sitcoms, while in 2018. she has a role in Netflix TV series Insatiable, which launched this August. When she recently stepped onto the red carpet, she supported her boyfriend Adam Devine, star of the TV show Modern family, who produced a movie called The Package. Chloe looked super cute in this occasion, dressed in Liana pale pink mini dress with enhanced shoulders, from Lei Lou SS18 collection.