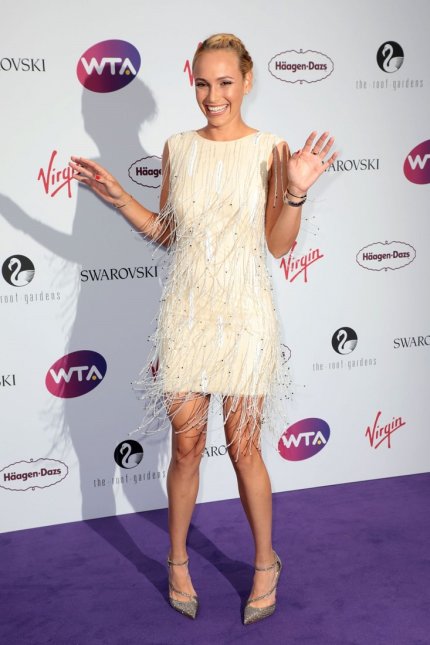 Donna Vekic, Croatian tennis player and a girlfriend of Stanislas Wawrinka, Swiss tennis champ, wore Lei Lou ‘Diana’ dress on the red carpet at the 2017 WTA Pre-Wimbledon party. Lovely Donna, known for being one of the most beautiful tennis players in the world, thanks to her flawless looks in our dress was immediatelly named the new Sharapova by the members of the press, which is more than a compliment, knowing the fact that the Russian beauty is one of the style icons of the decade.