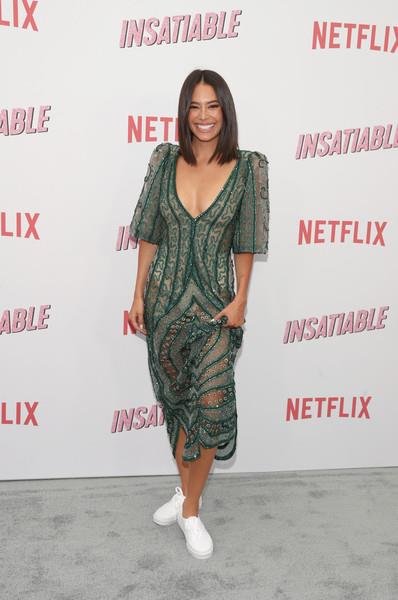 Chloe Bridges, an American actress known for her roles as Zoey Moreno in the sitcom Freddie, as Dana Turner in the Disney Channel original film Camp Rock 2: The Final Jam, as Donna LaDonna in The Carrie Diaries, and as Sydney in Pretty Little Liars posted an Instagram photo wearing Lei Lou dress Loretta. She rocked the outfit with killer confidence by combining this stunning sequinned semi-sheer dress with her favorite Vans for the premiere of her newest TV series Insatiable.