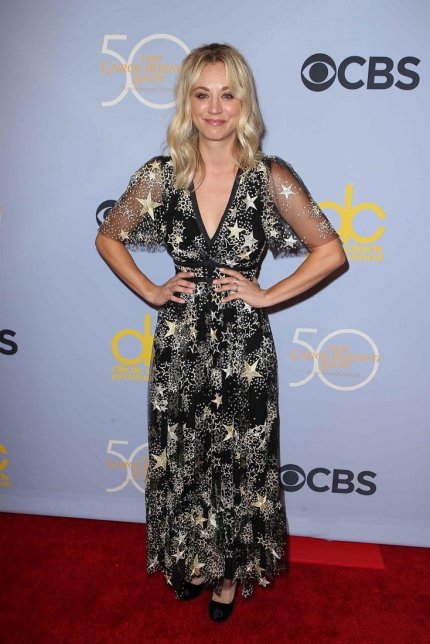 American actress Kaley Cuoco, best known for her role as Bridget Hennessy on the ABC sitcom 8 Simple Rules and Penny Hofstadter on the CBS sitcom The Big Bang Theory, put her best fashion foot forward as she arrived for the taping of The Carol Burnett 50th Anniversary Special. And all of that with just a little help from us, as she was actually wearing our stunning Yula dress, a black and gold gown dotted with stars and featuring sheer half sleeves. Such a Hollywood night for our brand, don’t you think.

Alex at a meeting with influential Russian entrepreneurs in Moscow
Alex hosted world famous media veteran Larry Namer
Aleksandra Dojčinović and Tatyana Bakalchuk organize a dinner in Zagreb
Meeting famous French photographer Brigitte Lacombe
Alex at the "Entrepreneurial Mindset" conference
See all articles
Hello, you are buying from the country:
Newsletter
SUBSCRIBE AND FIND OUT ALL ABOUT OUR EXCLUSIVE OFFERS AND LATEST NEWS ABOUT OUR PRODUCTS.
You have successfully been subscribed to our mailing list. Confirmation link has been sent to the e-mail address entered while registering.