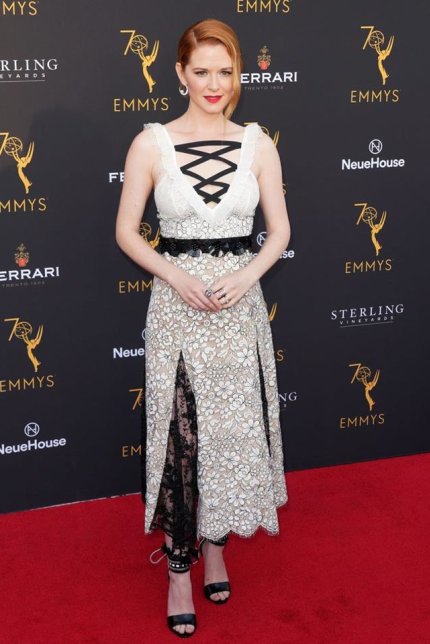 We could say that we almost grew up watching Sarah Drew in her role in one of the most successful TV series of our time – Grey's Anatomy, and we wouldn't be overreacting. Even though she recently left Grey Sloan Memorial Hospital after 9 years and 202 episodes, Sarah had her directorial debut with the Grey's Anatomy: B-Team digital series and earned her Emmy nomination for Outstanding Short Form Comedy or Drama Series. In one of the Emmy parties leading to the awards show, she made sure all eyes were on here, while wearing attractive black and white Lei Lou lace dress.