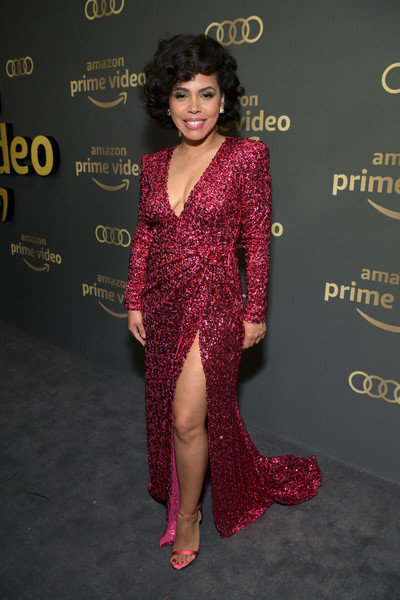 During the film awards season, dressing for the red carpet is always exciting, and we are certain that the American actress Amirah Vann had a lot of fun in our of our gowns, when she stepped out to party at the InStyle and Warner Bros. 76th Annual Golden Globe Awards Post-Party in Beverly Hills. Star of TV shows How To Get Away With Murder and Underground wore super glamorous Lei Lou dress Frankie and was certainly glowing, covered in red sequins from head to toe, at the most attended party of another spectacular Golden Globe awards show.