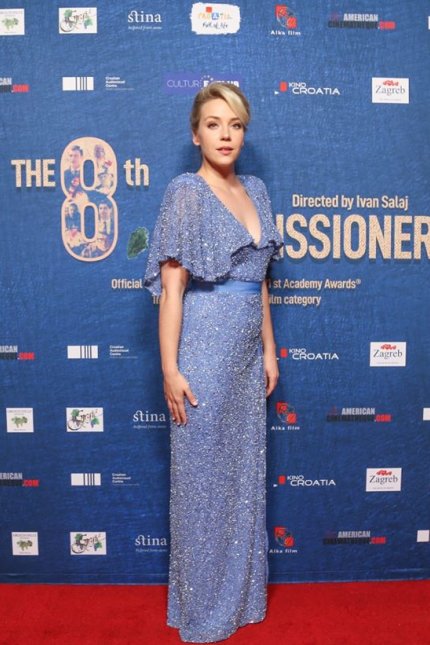 Our Lei Lou girl in America

Croatian actress Nadia Cvitanovic has made a name for herself, after starring in a movie The Eighth Commissioner, that premiered in Croatia earlier this year. Due to its success, The Eight Commissioner was also selected for the upcoming Oscars race, and American premiere of the movie was recently held in Hollywood, where its main star Nadia graced the red carpet dressed in light blue sequined Lei Lou dress Camille from FW18 collection.