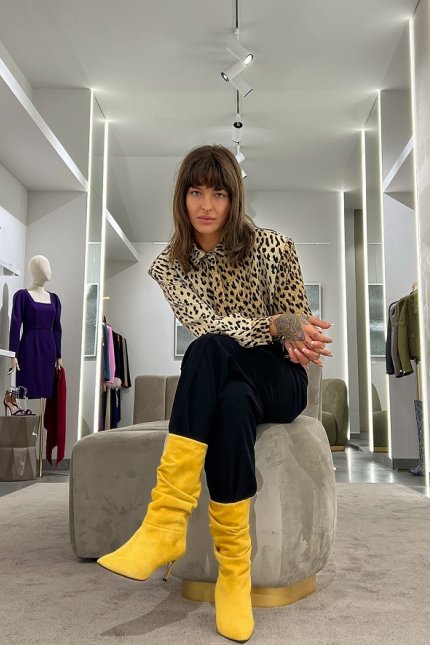 The young rising star singer-songwriter, Zoi, whose performances and looks easily capture an audience, paid a visit this week to our boutique in Zagreb, where she chose a few outfits for the upcoming Westgate Music Week. This charismatic and beautiful 22-year-old Serbian trap star lived some important years of her life in Los Angeles, where she got influenced by various music genres, before she decided to return to Serbia and build her musical career. She rose to prominence with the hit single "Eto". Important facts about her life are that she is the niece of Serbain music star Nataša Bekvalac and her equally beautiful sister Teodora is also a promising singer